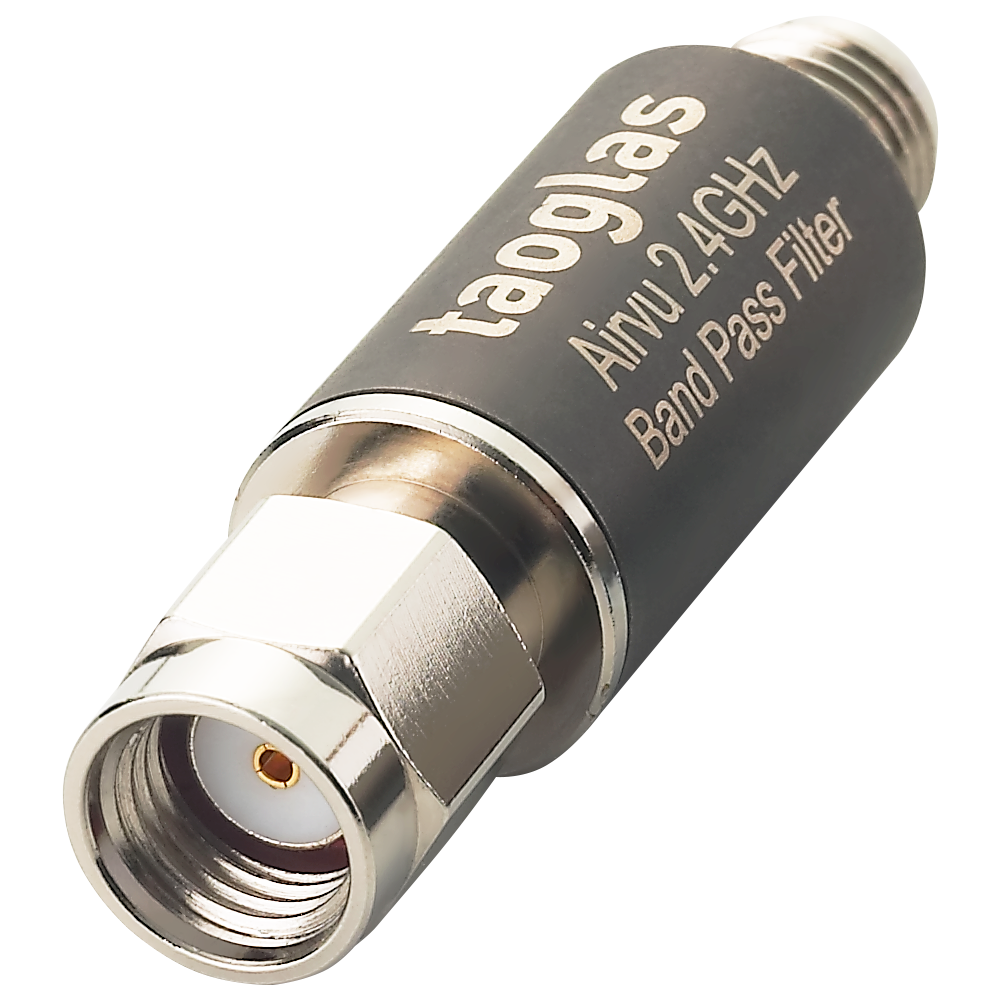 The Airvu BPF.24 2.4GHz Band Pass Filter is placed on the end of the antenna port to help eliminate or reduce radio interference problems on UAVs and thus optimize radio system performance.

It does this in two ways

The ceramic filter technology inside the BPF.24 has superior insertion loss and stopband performance than competing LTCC or lumped element filters, while also having good rejection at band edges. It uses a standard RP SMA(M) Plug to RP SMA(F) Jack interface, as most antennas at 2.4GHz have a RP SMA(M) connector. This filter is designed to be easily screwed onto this standard antenna SMA connector.